I looked out at the smiling faces in the school auditorium. The applause filled my ears. I had really done it!

Just a few months earlier I would never have 11 myself acting in a play in front of two hundred people. But when the time came, I got up on stage and 12 one of my greatest fears. I found a new person inside me, a much more 13 , outgoing person who had been hidden all along, just waiting for the opportunity to come. If not for my teacher, Mrs. Sather, I might never have found that 14 .

I was extremely 15 . I had friends, but it just wasn’t in my personality to be very outgoing, even when I knew someone well. I was even 16 with strangers.

One day, Mrs. Sather 17 that our class was going to perform a play. “I need someone to play the lead part of Dorothy,” she said. “Anybody want to try?” A few 18 hands shot up—mine, of course, was not one of them.

After class Mrs. Sather came to join me. “Dallas, I was thinking you would be the person for Dorothy. But I was 19 you didn’t raise your hand.”

Was she 20 ?Me, the lead? I was 21 just thinking of standing on stage in front of a lot of people.

“Dallas, you’re great at 22 things, so you won’t worry about lines. And you have such a sweet personality. Perfect for Dorothy!” She said.

Mrs. Sather stared into my eyes as if seeing my inner self locked away inside. “I’d love you to give this a 23 for me. But if you really don’t want to, I won’t make you. It’s your

Fast-forward through five months of practicing, we were ready. 27 , I was as nervous as I had ever been. I proved to myself that I could do it in practice, 28 could I prove it to everyone else when it really mattered?

“It doesn’t matter how you do tonight,” said Mrs. Sather, 29 reading my thoughts when she came backstage for a final check. “You have already shown yourself how wonderful you are.”

At the end of the play, when the audience stood and applauded, I knew they were not just cheering for my performance that night, but for the performances they knew would come in later years because of my newfound 30 .

Fun STEM Things to Do Over Winter Break

Winter break is just around the corner. We’re here to fill the time with fun projects and outings for all ages! Each of these activities is fun enough to pull your kids off the couch and away from the games.

Spending a couple of weeks in the house can make anyone crazy. Why not take your kids on an educational field trip? Local children’s museums or science and technology museums will be a hit. These museums provide opportunities for hands-on exploration, so your kids will be able to interact with STEM subjects, instead of just watching them.

Many of them offer discounted tickets on certain days. Read the fine print online to see if you can visit for less.

Science experiments aren’t just for school. In fact, your kids could probably spend the entirety of their winter break exploring science with nothing more than objects you’d find around the house. For younger kids, making frozen bubbles is a great way to explore the scientific process. Teens can look to a list of 15 age-appropriate experiments for inspiration.

There’s no better way to explore engineering principles than to start building! Gather up any number of household objects—plastic cups, LEGO blocks, straws—and start building. If you want some suggestions for what to build and how to build it, Google is your best friend.

Light up your holiday season with one of our handy guides. In the past, we showed readers how to create a Tech-o-Lantern costume, and those same principles could be used to create other light-up projects. We also created a simple guide for creating a light-up holiday card and that’s perfect for Christmas.

We hope these fun STEM activities will keep your kids happily occupied over winter break.

31. Who is this passage probably written for?

A. are organized outdoors

B. need to be done with family

C. are free to children of all ages

My family moved to St. Paul, Minnesota last year, where the average winter temperature is around 10 degrees Fahrenheit. Once summer ended, everyone went inside to play ice hockey. I’d been on the ice only a couple of times when I was much younger. When I’d fallen and broken my wrist during my second lesson, I’d decided never to put on ice skates again. 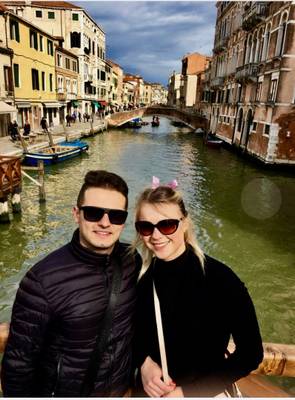 Ben, the friend I made in the new city, volunteered to teach me to skate. Even though he was very patient, I was so embarrassed by my clumsiness that I began to make up excuses for not skating.

One day I discovered a faster route home. It took me past a large frozen pond. I noticed a woman teaching a young girl to skate. The girl was attempting to jump and spin in the air. 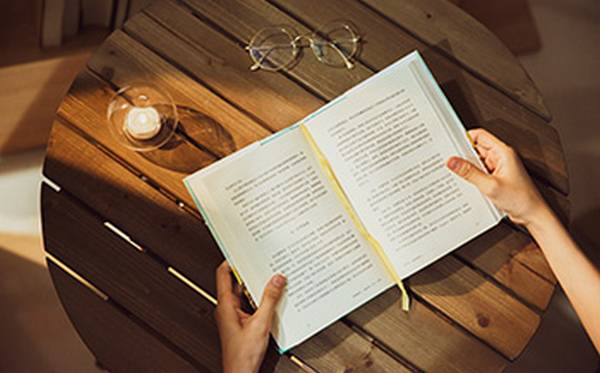 The next day I bought myself some brand new skates. Every day on the way home I stopped at the pond and wobbled onto the ice, right next to the girl who had landed her jump. As she perfected her twists and tricks, I taught myself to glide and turn. It was hard being a beginner, and when I fell I had to fight the urge to simply give up. Instead, every time I went down, I just picked myself up and started over again. Soon I was able to keep my balance and skate more confidently. In just a few weeks, I was actually ready to practice the speed skating, fast stops, and quick turns needed for ice hockey. When I was finally ready to show Ben my newfound skating ability, he told me I should join the local hockey league. I tried out and was chosen for a team. By the end of the season, I was part of a winning team.

34. What can we learn about the author?

A. He learned skating from the girl.

B. He preferred ice hockey to skating.

C. He had once given up learning skating.

D. He moved to a new city without summer.

35. Why did the author mention the girl on the pond?

A. To prove the girl was skillful.

B. To suggest the girl inspired him.

C. To show the girl was a quick learner.

D. To explain how he came across the girl.

A. easy and basic B. hard but rewarding

37. What does the story mainly tell us?

A. All roads lead to Rome.

B. One is never too old to learn.

C. One good turn deserves another.

D. Nothing is impossible to a willing heart.

Surveillance (监视) is a fact of life. Your boss is monitoring your performance at work. Supermarkets are collecting data on your grocery shopping. 46

In a few months, European Union law-makers are due to approve proposals that will make driver assistance systems mandatory (强制的) in cars within three years. All new models of car will come with black boxes (event data recorders), intelligent speed assistance, lane-keeping assistance and more besides.

A large number of technologies will soon be monitoring a driver’s every move. Are we prepared for devices that watch how we drive and try to help us do it better?

47 In a report published in April 2018, it found that the suite of changes could save at least 7,300 lives by 2030, and reduce the number of serious injuries from car crashes by 38,900. “We can have the same kind of impact as when safety belts were first introduced,” says Oliver Carsten, who studies transport safety at the University of Leeds, UK.

48 The black box is the most controversial (有争议的) tech because of fears that the tech encourages surveillance. It would be easy to worry about being watched in your car. But the EU rules say the system is only checked in the event of an accident to help with insurance claims and police investigation. The point is to provide for a fair allocation (分配) of responsibility when a crash occurs. Some people choose to have a black box because it can reduce their individual insurance premium (保险费). 49 What’s more, the data collected in human-driven cars will help train automated driving systems to the point that they could be ready for large-scale deployment in the future.

50 Drivers should think of it as an extra layer of protection, rather than the vehicle trying to take over driving from you.

A. Now there is a new field: the automobile.

B. There is concern about these technologies, however.

C. The tech is reducing costs because it’s reducing the number of crashes.

E. While the EU is taking the boldest steps, these technologies aren't far behind in other parts of the world.

F. As a result, what may at first glance seem like a surveillance technology is actually a benefit for society.

Last week, our class organized an activity themed “Garbage Sorting,Take Action Now” to help save resources and protect the environment.